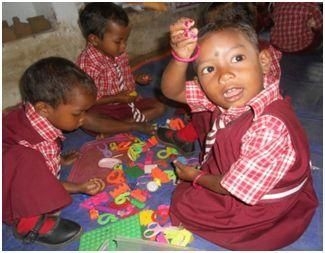 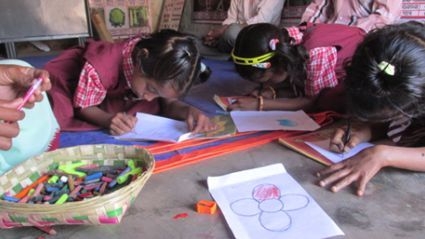 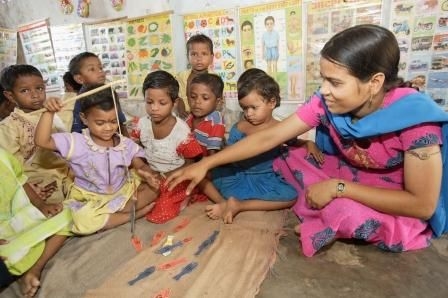 Early Childhood is acknowledged as the most crucial period in a person’s life, when the rate of development is very high and foundations are laid for cumulative lifelong learning and human development. There is growing scientific evidence that the development of the brain in the early years is a pathway that affects physical and mental health, learning and behavior throughout the life cycle.

Early Childhood Care and Education is an indispensable foundation for lifelong learning and development, and has critical impact on success at the primary stage of education.

Every child has the right to access mother tongue based multilingual early childhood education in the early stage or in the preschool centre. The child begins to think and express its thoughts and feelings only in the mother tongue. Mother tongue is the natural and most appropriate medium for communicating with the child for holistic development. Cognitive development of the child is not possible if the child doesn’t get the suitable environment to learn. While teaching a child of 3 to 6 years it is very important for the teacher to communicate with the Child in his or her mother tongue.

Considering the above statements there are multiple service provisions at the state and central government level to provide the service for holistic development of the young children. 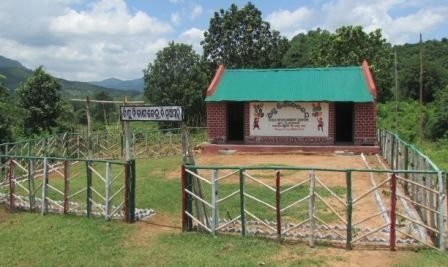 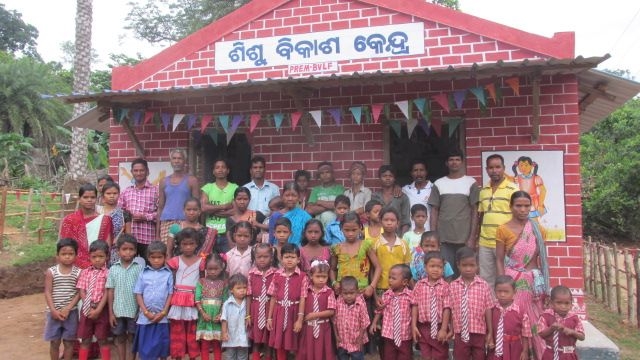 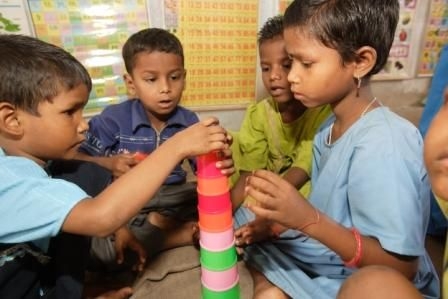 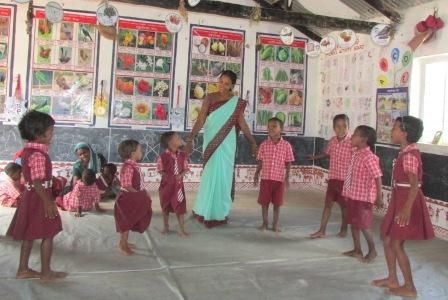 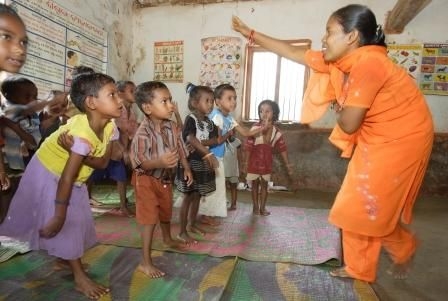 Despite many government provisions, most of the tribal children do not have access to ECE (Early Childhood Education). The quality of existing ECE services is very poor. Less priority is given to ECE as compared to other components of ICDS program. Most of the ICDS workers in tribal areas are non tribal, who don’t know tribal language and there is no implementation of Mother Tongue Based Multilingual ECE in existing system. As a result there is high dropout among the tribal children in schools and literacy rate of tribal in Odisha is very low i.e. 37%.

Looking in to the above situation in 2007 People’s Rural Education Movement (PREM) in association with Bernard Van Leer Foundation (BvLF) initiated 350 CBCD (Community Based Child Development) centres in 350 tribal villages where there were no ICDS centres -Focussing on mother tongue based multilingual early Childhood Education.

The goal of the project was to demonstrate the potential success of mother-tongue-based Multi- lingual ECE in tribal areas by using existing local resources, which will be replicated in existing ICDS centres of tribal areas of Odisha as well as in India.

This project has been designed to provide holistic development support to 0 to 6 years tribal children through two approaches i.e. Home based Care and Center Based Care which will ultimately lead towards successful transition of young tribal children from home to preschool and preschool to formal primary school at the appropriate age.

Under Home based Care( 0-2 yrs children )

Under Centre Based Care (2-6 yrs children )

After 4 years of project implementation, in 2011, it was observed that the children who had under gone through this process they were all in the schools studying in different classes. They were happy, no fear and shyness in their mind. All children were attending school regularly and performing very well in their classes and there was no single drop out among them.

This successful result/ evidence encouraged PREM to initiate state wide lobby and advocacy campaign to influence the policy makers of the state for scaling up of PREM’s MT ML ECE in tribal areas of Odisha.

In 2011, PREM in association with Odisha Adivasi Manch (OAM) initiated massive lobby and advocacy campaign on introduction of MT ML ECE in tribal areas of Odisha. Initially this campaign was present in 10 districts and later on it was extended to 22 districts of Odisha. During the campaign OAM with the technical support of PREM adapted many strategies at different level to influence the policy makers of the state. When OAM pressurized the policy makers of government of Odisha from different corners to acknowledge PREM’s Mother T tongue Multilingual Early Childhood Education approach, then on 30th July 2012 Government of Odisha declared to scale up this approach to the 25000 ICDS centres of tribal areas of Odisha.

When government of Odisha accepted PREM-BvLF’s MT ML ECE approach and declared to introduce the same in the 25000 ICDS centres of tribal areas of Odisha then PREM thought to scale up the same approach to the other tribal areas of different states of India.

So to scale up this approach in other states of India, PREM initiated National level lobby and advocacy campaign by National Advocacy Council for Development of Indigenous People (NACDIP). NACDIP with the technical support of PREM initially initiated this campaign in 10 states and later on NACDIP extended its campaign to 16 states of India. During the campaign NACDIP took many strategies and did massive lobby and advocacy campaign at different level to influence the policy makers of the government of India, then on 27th September, 2013 Government of India approved National ECCE policy focusing on introduction of mother tongue based multilingual early childhood education in the existing ICDS centres of tribal areas of India This was a landmark achievement of PREM, BVLF, OAM and NACDIP in introducing MT ML ECE for tribal people of Odisha and in different states of India.

When government of Odisha and Government of India declared a policy to introduce MT ML ECE and to improve the quality of existing ICDS centres of tribal areas of Odisha and other states of India, then PREM gradually reduced the numbers of CBCD or Child Development Centres from 350 to 40 centres which are presently known as Model MT ML ECE DEMO Centres. At the same time PREM also thought to work with 40 government existing ICDS centres of tribal areas of Odisha by providing additional ECE teachers, trainings and MT ML ECE teaching learning materials support. The main objectives of running these 40 Model CBCD DEMO Centres and working with 40 government ICDS centre are:

(1) To demonstrate the potential success of MT ML ECE in the tribal area particularly in existing ICDS centres.

(4) To attract the service receivers particularly parents and community so that they will demand it for their children in their communities.

At present PREM is working with 40 Model MT ML ECE DEMO Centres and 40 government ICDS centres of 3 tribal dominant district of Odisha i.e Kandhamal, Ganjam and Rayagada to demonstrate the potential success of MT ML ECE in the tribal areas of Odisha.